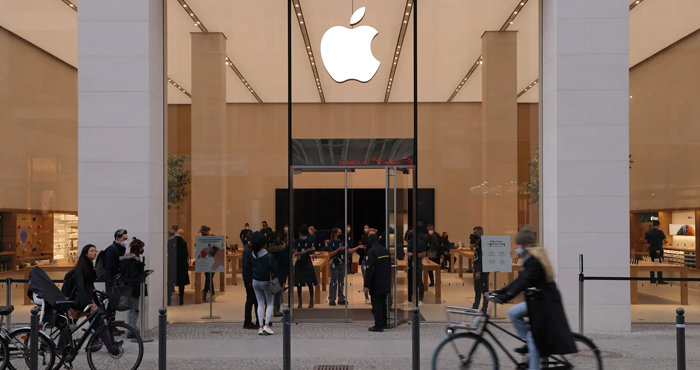 Workers at an Apple Inc store in Atlanta on Wednesday filed a petition to hold a union election, seeking to become the company’s first U.S. store to unionise amid a wave of labor activity at other major firms.

The effort at the Apple store in Cumberland Mall is backed by the Communications Workers of America, according to a news release issued by the union and workers involved in the effort. More than 70% of the more than 100 workers eligible to join the union – in sales, technical, creative, and operations roles – signed cards expressing a desire to organize, the union said.

A spokesperson for the U.S. National Labor Relations Board confirmed that the agency’s Atlanta office received the union petition on Wednesday. If certain conditions are met, the NLRB works with the union and the employer to arrange an election.

“We work hard at Apple because we believe in the products and the company and we want to make sure that every Apple worker can afford quality housing and basic living expenses,” Elli Daniels, an Apple worker who is part of the union effort, said in a statement.

Apple did not immediately respond to requests for comment.

The news of the petition was first reported by Bloomberg Law.

Unionization efforts are gaining momentum at some large U.S. corporations including Amazon.com Inc and Starbucks Corp.

Apple is known for its reticent culture, but last year some current and former workers began criticizing the company’s working conditions online, using the hashtag #AppleToo.