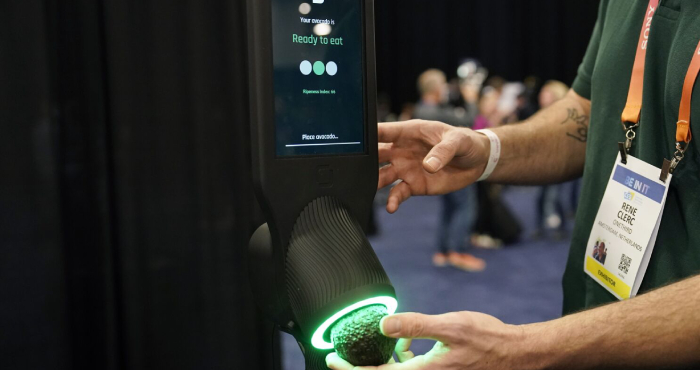 The past year has been difficult for startups everywhere, but running a company in Ukraine during the Russian invasion comes with a whole different set of challenges.

Clinical psychologist Ivan Osadchyy brought his medical device, called Knopka, to this year’s CES show in Las Vegas in hopes of getting it into U.S. hospitals.

He is one of a dozen Ukrainian startups backed by a government fund that is at CES this year to show their technology to the world.

“Two of the hospitals we operated before are ruined already and one is still occupied. So this is the biggest challenge,” Osadchyy said.

“The second challenge is for production and our team because they are shelling our electricity system and people are hard to work without lights, without heating in their flats,” he said.

He came up with the device after spending a year with his own grandmother in the hospital and finding that he had to track down nurses when she needed something.

The system works by notifying nurses when a patient has an abnormal heart rate, is due for treatment, or otherwise needs help. The nurse can’t turn off their button until they’ve dealt with the issue.

“We are still working and operating because hospitals are open and we need to support them and provide efficiency and safety for patients as well,” he said.

Karina Kudriavtseva of the government-backed Ukrainian Startup Fund, says that, like Knopka, all of the country’s startups have kept going since Russia’s invasion almost a year ago.

“The times have changed, their conditions have changed, but it can only make them stronger because all of the startups are working on the thing that to save the company, save the team, save the business, and save their lives, of course,” she said.

The invasion forced Valentyn Frechka to relocate to France, but he says his Releaf paper company has never stopped production.

When he was 16, Frechka decided to study alternative sources of cellulose in order to decrease deforestation. He’s now developed a technology that uses fallen leaves and recycled fiber to make paper.

Frechka says the conflict has forced the company to become more flexible and more open to opportunities.

“When this conflict happened and we located our company in France, we found a lot of new partners and we have raised fundraising. We have raised the money for our needs,” he says. “So it really makes us more open for the world.”