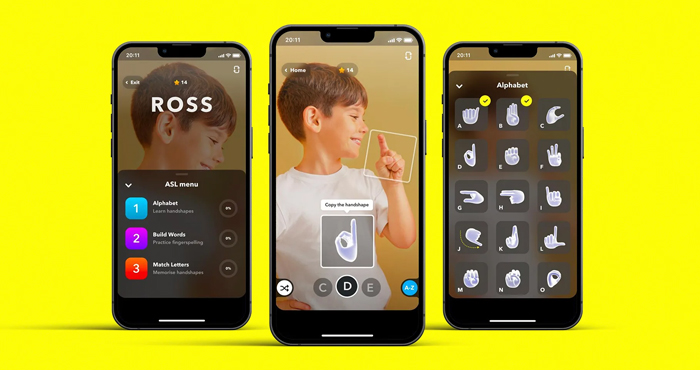 Snapchat has launched a new ASL Alphabet Lens. The company has partnered with Sign All – a company that helps translate sign language automatically. Snapchat wants to inspire users to learn American Sign Language with the ASL Alphabet lens.

The project is entirely led by Deaf and Hard of hearing team members at Snapchat, whom the company like to call “Deafengers.” The ASL Alphabet Lens will help users fingerspell names and practice American Sign Language Alphabet. It also has several games which users can play to test their ASL skills.

The newly launched lens is powered by hand-tracking technology. The same technology powered last year’s fingerspelling Lenses in honor of International Week of the Deaf. Click on this link to try out the ASL Alphabet Lens. It will open directly in the Snapchat app on your smartphone. You can practice American Sign Language from there.

Snapchat’s effort to help its users learn ASL sign language is something that genuinely deserves appreciation. As per the National Institute on Deafness and Other Communication Disorders (NIDCD), 30 Million or 13% of the U.S population aged over 12+ has hearing loss in both ears.