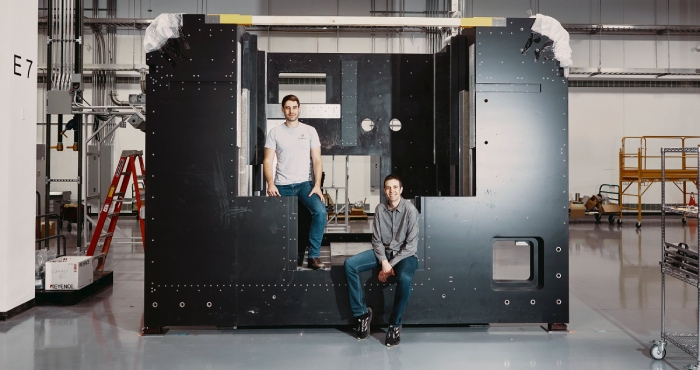 London-based TOffeeAM, a 3D printing software company using AI to design the super-green machines of the future, has raised £5 million in Series A funding.

The funding will allow TOffeeAM to continue to scale its business globally with a focus on US and East Asian markets while maintaining its headquarters in the UK.

Francesco Montomoli, the CEO, said: “We are delighted to have received this investment from our funding partners, both new and old. This funding will give TOffeeAM the opportunity to scale globally and continue to help businesses across numerous industries to design innovative products.”

Rory Scott Russell from East Innovate, said: “We are delighted to co-lead this investment alongside Presidio Ventures and to support TOffeeAM’s internationally recognized team as they begin the next stage of their growth journey. Looking for solutions to help businesses across all industries achieve net zero is vital if we are to protect our planet for future generations.”

They have a team of 20 people from the US, UK, EU, Egypt, and other ethnicities.

TOffeeAM’s AI software is used by some of the world’s leading engineering companies, including Boeing, Rolls-Royce, and several Formula One teams.

Their AI replicates the work of highly trained human engineers, but it does it faster, cheaper, and often with levels of human-like creativity and invention once thought to be impossible for the computer.

It enables the wider use of sustainable fuels, the design of better batteries, the development of advanced nuclear technologies, and other innovations needed for a sustainable future.

This is especially important in aircraft or in high-performance vehicles, such as F1 cars, where the most optimal design for a mechanical component is likely to be incredibly intricate – far beyond what humans could envisage or design themselves.

Daniel Carew, Principal at IQ Capital, said: “From our initial investment back in 2019, we recognized the potential in TOffeeAM’s team and technology, and Francesco and his expert team have achieved 100x growth since our investment. Their understanding of both the end customer and technology is a testament to the exciting innovations emerging from UK universities.”

In today’s era, everyone is talking about reaching net zero, which is challenging. To achieve this, engineering solutions need a complete redesign and AI plays a major role in it. Combined with the latest advanced manufacturing technologies, TOffeeAM’s hyper-efficient, lightweight, low-waste designs drive large CO2 and pollution reductions while increasing reliability and overall performance.