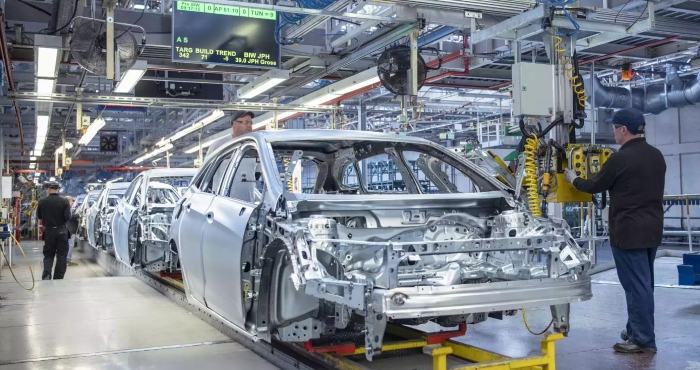 The growth of the global automotive AR & VR market is driven by the advent of technological advancements in connectivity such as the introduction of 5G and the growing prevalence of 4G around the world. Also, the use of AR and VR in the designing & assembling phase is benefitting automotive companies significantly. For example, designing and visualizing the vehicle in AR and VR technology assists designers in visualizing the body structure of a vehicle to improve efficiency, safety, and durability.

Allied Market Research recently published a report, titled, “Automotive AR and VR Market by Type (Augmented Reality (AR) and Virtual Reality (VR)) and Application (Research & Development, Manufacturing & Supply, Marketing & Sales, Aftersales, Support Functions, and Product): Global Opportunity Analysis and Industry Forecast, 2018 – 2025”. According to the report, the global automotive AR and VR market was valued at $213.0 million in 2017 and is expected to reach $673.60 billion by 2025, growing at a CAGR of 175.7% during the forecast period.

However, for the efficient functioning of AR and VR, there is a requirement for continuous internet connectivity. In some countries especially in developing economies, the internet speed is not fast enough for the smooth functioning of AR and VR. Further, AR & VR systems pose a serious health issue to various individuals. For instance, AR and VR systems are known to cause eye strain, headaches, and, in some cases, nausea. These factors hinder the growth of the automotive AR & VR market to its fullest potential. Nonetheless, the development of HUD systems to enhance safety and the formation of mixed reality (MR) by integrating AR and VR are expected to create lucrative opportunities for the market players in the near future.

Based on type, the augmented reality (AR) segment occupied more than three-fifths share of the global automotive AR and VR market in 2017 and is anticipated to maintain its dominance through 2025, owing to its ability to provide access to real-life environments through smartphones, tablet screens, and smart goggles & headsets to the user. However, the virtual reality (VR) segment is projected to register the fastest CAGR of 178.0% during the forecast period, due to the increased adoption of multi-sensory computer-generated simulated environment that saves time and money on costly iterations.

Based on application, the research & development segment accounted for a quarter of the global revenue in 2017. The segment is expected to continue the trend during the forecast period and attain $162.39 Billion by 2025, due to a surge in the usage of both AR and VR in automotive R&D to develop concepts, identify problems, and test prototypes. However, the product segment is anticipated to exhibit the fastest growth rate during the forecast period, a CAGR of 185.0%, due to the increased demand for autonomous vehicles that implement AR and VR as a product in their vehicle.

Throughout the forecast period, Asia-Pacific is projected to witness the highest CAGR of 183.7%, on account of a significant rise in government investments and initiatives in emerging economies such as China and India for the adoption of AR & VR technology in automotive and digital manufacturing. Meanwhile, North America is projected to continue its dominance and occupy more than a quarter of the global market through 2025, owing to the wide usage of 4G in AR and VR applications and the early launch of 5G connectivity.

The key players analyzed in the AR and VR in the Automotive Industry report include Continental, Microsoft, Visteon Corporation, Volkswagen, Unity, Bosch, DAQRI, HTC, Hyundai Motor, and WayRay. They have adopted different strategies including collaborations, joint ventures, partnerships, expansions, mergers & acquisitions, and others to gain a strong position in the industry.