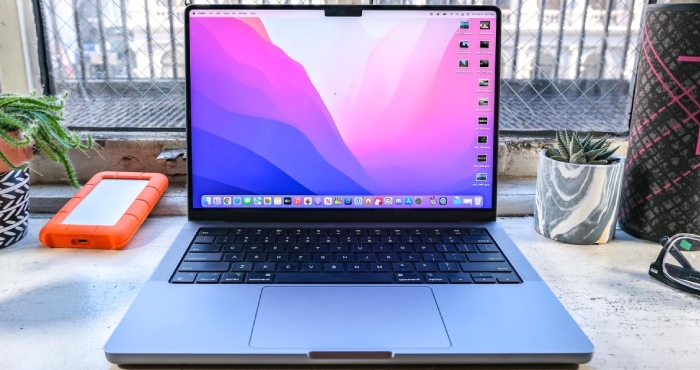 Apple’s MacBook Pro with M2 chip is essentially the same laptop as its predecessor, the MacBook Pro 13-inch M1, a teardown of the new notebook has shown – not that this is much of a surprise.

Of course, the similarities are obvious, and certainly from the outside, it looked like the external design was unchanged between the two generations of laptops, the only real difference was upgrading the M1 SoC to an M2, and giving the option to select more system RAM (24GB if needed).

But now courtesy of an iFixit teardown, we know that from the inside, the M2 MacBook Pro is indeed pretty much identical to the M1 version, with the same chassis, display, Touch Bar, and internal layout, save for a few tweaks.

Essentially, Apple has taken the MacBook Pro 13-inch with M1, removed that SoC, then dropped in an M2 to replace it, with only some minor updates to other smaller internal components.

The iFixit video of the teardown makes it clear that all the cables, stand-offs, screws, grounding pins and so forth all remain the same -there’s just a different logic board, and some tweaks to the heat-sink (it has square corners, rather than rounded as seen on the M1 version).

So really, there’s barely any change at all, although one thing that is different is a negative point, sadly. Namely that the storage on the entry-level model of the M2 MacBook Pro is actually slower than the M1 MacBook Pro, due to a different configuration for the SSD (this is only true for that base model, though, not any of the higher tier versions).

In theory, you should just be able to drop the M2 board into the M1 MacBook Pro, and iFixit went ahead and successfully made this swap – except the laptop failed to work, or specifically, the trackpad, keyboard, and Touch ID sensor no longer functioned post-swap.

In short, iFixit concludes that this is a “blatant attempt to block repairs and replacements through software locks” by Apple.

It’s disappointing that, as iFixit pointed out, Apple has failed to take advantage of a situation where better repairability, and sustainability in the design, could have been leveraged with the M2 MacBook Pro.

As a result, this new 13-inch laptop feels rather unexciting and distinctly backward-looking, a situation not helped by the fact that the other notebook revealed alongside it at WWDC recently – the M2-powered MacBook Air, which is expected to hit pre-orders imminently – is very keenly awaited by many, and represents a full redesign for the portable.

What’s interesting is that at WWDC, Apple referred to the MacBook Pro 13-inch as its second best-selling laptop, positioned behind the MacBook Air as the firm’s top seller – and given that, it feels rather odd that such little effort seems to have been put into pushing out a fresh model here.

Maybe that’s bound up in supply chain issues – certainly, we’ve previously theorized that the MacBook Air arriving later than the Pro 13-inch, which is already out there, might be due to snags on the production side (pertaining to the recent lockdowns in China). But whatever the case, the positioning of the new M2 MacBook Pro, and design issues around the machine are certainly causing more than a few heads to be scratched.