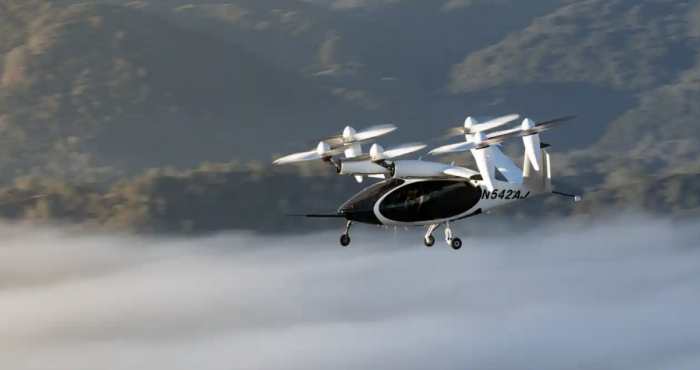 Joby Aviation, a leading electric aviation company based in Northern California, announced that it has received its first certification from the Federal Aviation Administration. The agency awarded the company with a Part 135 Air Carrier Certification, which Joby will need to operate an on-demand air taxi service.

Joby’s all-electric aircraft has six rotors and seats five, including the pilot. The vehicle can take off vertically, like a helicopter, and then shift into forwarding flight using tilt rotors. Joby says it can reach a top speed of 200mph, travel 150 miles on a single battery charge, and is 100 times quieter than a conventional aircraft. The company says it aims to have a full-scale air taxi service in operation by 2024.

Joby and other electric vertical takeoff and landing companies hope to eventually win FAA certification, but that process will likely take a long time. Some experts have said it will be five years or maybe longer before the FAA grants certification to an eVTOL company – which it has yet to do.

Joby says that once it receives a type certificate for its eVTOL aircraft, the company will complete the FAA review process to add the new aircraft type to its existing air carrier certificate.

The news comes after the FAA “dramatically” revised its approach to certifying electric vertical takeoff and landing vehicles, according to The Air Current. The shift will likely make the future of these new types of aircraft more uncertain, the aviation publication reports.

Joby is the brainchild of inventor JoeBen Bevirt, who started the company in 2009 and operated it in relative obscurity. To date, Joby has raised at least $690 million from a variety of investors, including the venture capital arms of Intel, Toyota, and JetBlue. The money helped finance the development of the company’s air taxi prototype, which has been conducting test flights at Joby’s private airfield in Northern California. Bevirt helps run an incubator outside of Santa Cruz that’s been described as a quasi-commune.