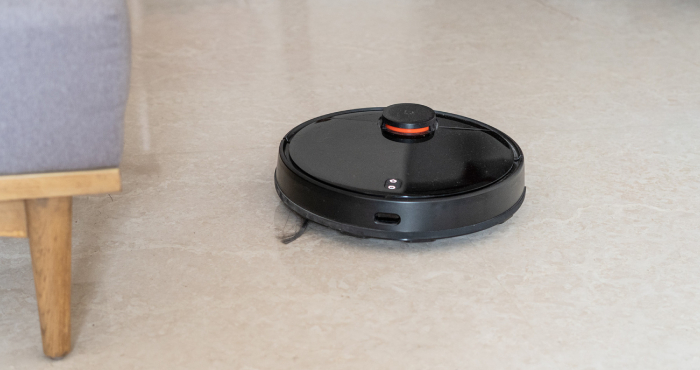 In addition to launching the 12T smartphone series today, Xiaomi also announced that its Robot Vacuum X10+ – which debuted in China back in April – is now headed to Europe. This is the company’s most versatile robot vacuum to date: Not only can it vacuum with 4,000Pa suction and mop with pressurized dual rotating pads, but with its base station, it can automatically empty its trash, refill its water tank, wash its mops and dry them with heat as well. All told, the robot vacuum itself should require little maintenance; you’ll just need to refill the base station’s water reservoir and empty its waste water tank and dust bin from time to time.

This isn’t the first time Xiaomi released a robot vacuum with both mop-cleaning and mop-drying features; it did so for the Chinese market almost a year ago. With other models, you’d have to detach and wash the mop yourself which, let’s be honest, isn’t the most pleasant job in the world. Even if you think the mop looks fine after each run, chances are it would eventually become smelly due to the moisture encouraging fungal growth. That’s obviously not good.

The X10+ solves this problem with its multi-functional base station. When docked, the two mops will be cleaned by rotating wet brushes underneath, followed by a two-hour, low-heat drying session. Basically, you’ll likely never have to touch the mops until you need to replace them due to wear and tear. Additionally, the X10+ can detect carpets using its ultrasonic sensors, at which point it’ll automatically lift its mops.

Like its predecessors, the X10+ uses LDS (laser distance sensor) for indoor mapping and navigation. It’s also equipped with Xiaomi’s very own “S-Cross AI” system – some software trick combined with the machine’s dual-line laser and RGB camera – to recognize the types of objects ahead, in order to estimate the suitable clearance distance for each of them. Say you have a weighing scale in your living room – the X10+ will keep a distance of 2cm to 4cm from it just in case. As for general furniture pieces like coffee tables or couches, the robot can go right up to them to perform its usual tasks. For those who are concerned about adding yet another camera to their private space, Xiaomi applied for a TÜV Rheinland Cybersecurity and Privacy Protection Standard Certificate for its X10+.

The Xiaomi Robot Vacuum X10+ will be available across Europe starting at 899 euros (about $900). Compared to the $1,099 Roomba Combo j7+ which is also shipping today, Xiaomi certainly has a price advantage, especially considering that barely any of the competition is offering both self-cleaning and self-drying features on their mopping robots, let alone combining these with automatic dust bin emptying.