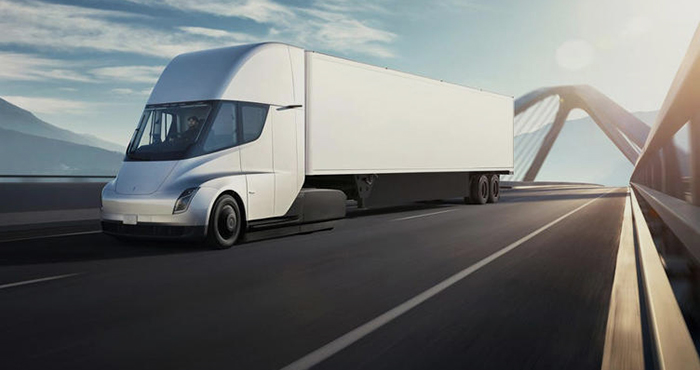 At this point, the Tesla Semi is starting to feel like one of those vehicles that exist somewhere in the space between pure vaporware and a production vehicle, where there are working examples being tested in the wild, but the production version keeps getting pushed and pushed. That could be set to change, though, because according to a report Monday by InsideEVs, Tesla is taking reservations and accepting deposits for the Semi.

Of course, taking people’s money for a reservation for something and being anywhere near ready to deliver on those reservations are two very different things. Need examples? How about the Tesla Model 3 , which took years between reservations opening and production, or the Cybertruck or the next-generation Roadster , neither of which has fully materialized yet.

What if you are a business owner, you understand Tesla’s rather loose interpretation of timelines and you still want to fork over some cash to get in line for the Big T’s biggest chungus? The process for doing so is not unlike the one for the Roadster. First, you pay a deposit via credit card — $5,000 in this case — and then you need to arrange a wire transfer to Tesla for $15,000 within 10 days of making the initial payment. If you want more than one Semi, you have to wire $20,000 for each additional vehicle. These deposits are refundable until you sign an actual purchase agreement.

Now, it seems safe to assume, based on Tesla’s track record, that if or when it does put out a production electric Semi, it’ll be a fairly big deal and have the potential to at least partially upend the trucking industry. We get the appeal, but given that the model debuted in 2017, with a promised on-sale date of 2019, and it’s now almost halfway through 2022, we’d suggest potential purchasers not bet their business on seeing their Semis anytime soon.