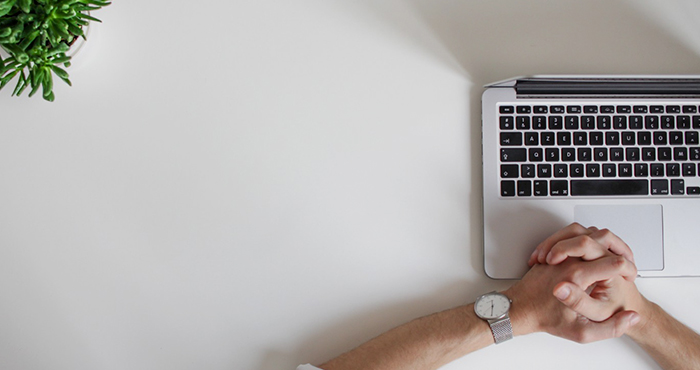 I think it started with microwaves.

A typical microwave can cook an entire chicken in 16 minutes. That’s three times faster (or more) than the best convection oven. We started using microwaves to reheat and cook virtually everything back in the late 1970s. It was also around that time that we started standing in front of them, impatiently tapping our feet, waiting for the popcorn to pop.

Modern consumer technology and the internet have only amplified that convenience impatience.

We have emails that literally travel around the world in seconds and yet we still ask the recipient: Did you get it? Where is it? It should be there.

A file that takes more than 10 seconds to download is considered a crime. We offer slightly more time allowance for uploads because everyone knows download speeds are faster.

A spinning circle on Disney+ or a beat before Netflix’s icon “stadium” sound sends our hands running through our hair in utter frustration. “This is an abomination.”

If something doesn’t respond on a website, or app immediately, we hit “enter” again, and again. Meanwhile, the service is receiving all those prompts, causing it to fail and leading to you waiting another few seconds for it to resolve, which is also considered unconscionable.

We summon cars with our phones and then walk in circles while the on-demand ride takes seven minutes to arrive. Don’t they know you have places to be, and things to get done — instantly?

We see our world as having two planes: There’s where we exist and then there is everything we want, which is all sitting pressed up against the thin simulacrum of electrons separating us. A request means that whatever we need right now bursts through instantaneously.

That’s the vision. The reality is that the expectation of spontaneous response is so pervasive that our systems and networks sometimes struggle to deliver.

Our cell networks and towers are bombarded with a dense wave of requests and whatever hope we had of instant response is fighting tooth and nail with someone else’s request for just a little bit of network space.
It’s worse when everyone turns their attention to one task — say getting tickets to the next Olivia Rodrigo concert — we’re suddenly confronted with a digital queue. The system can’t serve us all at once and asks us to wait. Waiting is a chain in our DNA that is calcifying and crumbling away.

This leads to the toe-tapping, fingers pianoing across the desk, pen chewing, and eventually, hair pulling as the mere thought of waiting 5 or 10 minutes will drive us insane.

Millennials and GenZ are products of an instant-response childhood (most of them have no idea that we once waited almost a year for theatrical releases to show up — for one night — on network television). They’ve long lived in a world where their every thought is met with an instant response in texts and social media. A hot take garners an equally, and instant, hot response. A video you shot on your phone 10 seconds ago is already being digested and ridiculed on TikTok.

In real life, these same people have no idea how to wait for a response. The assumption is that analog works the same as digital.

Sometimes, like the old person I am, I tell them, “The wheels of progress move slowly,” to which they reply with a withering look for which there is no emoji.

But it’s true. bureaucracy in a company or government doesn’t move at anything near the digital speed. It often moves as slowly as it did in the pre-Internet age.

When Timex (yes, the watch company) last looked, we were still waiting

There is a disconnect between these immutable waits and most of our lives lived through technology.

Tons of emails and presentations fly around on the digital flight plane, arriving before you’ve had a chance to digest the last email or craft a response to the new one. But humans still work very much as they did a millennia ago. Our brains are not computers, our decision-making process, though aided by technology, still moves in its own slow and methodical way.

We are biology living in a digital space, enjoying the befits of instant answers and access, but unable to change our programming to meet its speed.

Operating at digital and internet speed is a great benefit, but we forget that somewhere in the instant access path is often a comparatively slow-moving and thinking human, who can only do so much and only at a certain pace.

When people say slow down, take a breath, they usually mean that you should step back from a hectic moment, but this should also include stepping back from your instant access existence to see that not everything can happen right away, and sometimes it doesn’t need to.

In the meantime, I’ve been waiting 20-long minutes for my rice to cook in the microwave. How will I survive?