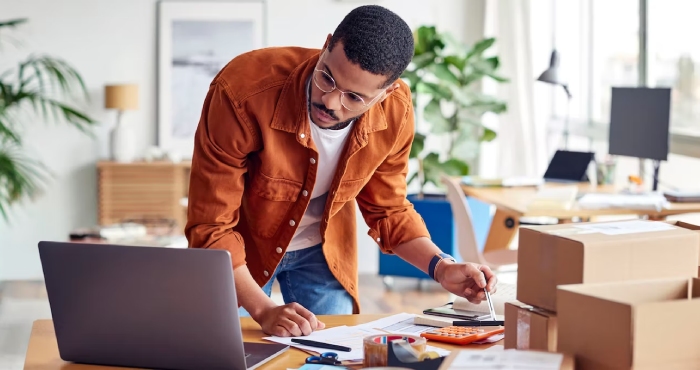 Singapore-headquartered startup Plugo has secured $9 million in a Series A funding round. The company offers a complete spectrum of e-commerce support services for direct-to-consumer (D2C) brands, from making a website, setting up a payment system, and managing marketing to handling shipping, warehousing, and logistics. In other words, Pluto enables D2C merchants to focus on their products and supports other processes.

The Series A round was led by Altos Ventures, with participation from BonAngels Ventures Partners, Access Ventures, Mahanusa Capital, Prodigy Investment, and Pearl Abyss Capital. The company did not disclose its valuation when asked.

The startup plans to use the proceeds to beef up its R&D team and hire more engineers, Plugo co-founder and chief executive officer KyungMin Bang said, adding that it currently employs about 30 people.

Bang founded Plugo two months ago with five founding members. Approximately 200 D2C brands have already started using Plugo’s beta service in Indonesia. The Singapore-based startup with offices in Indonesia and South Korea intends to launch its service officially in Indonesia in the first quarter of next year.

The company wants to focus on the Indonesian market, one of the largest markets in Southeast Asia, for the next 12 months, then expand to other Southeast Asian countries, such as Malaysia, Vietnam, Thailand, and the Philippines, Bang told TechCrunch. It has partnered with an array of logistics companies, including Indonesia-based JNE Express, SiCepat, and J&T, and a payment outlet such as Nice pay Indonesia, Bang noted.

Bang, a serial entrepreneur, was inspired to offer an end-to-end management system for D2C brands and merchants in Indonesia to set up online stores after realizing Indonesia’s D2C market, which accounts for less than 1% of the total e-commerce in the country, is nascent but growing fast.

Indonesia’s D2C market is expected to have a vast potential to grow, with the fourth-largest population size, including the rising young population in coming years and rapid penetration of smartphone users in the country, Bang pointed out.

“Local businesses [in Indonesia] have accelerated their adoption of digital technology due to innovation in the e-commerce ecosystem and dynamic changes in consumer behavior,” Bang said. In Indonesia, D2C platforms have become a new trend in the e-commerce industry from business-to-consumer (B2C) platform that has predominated the e-commerce market over the last decade, Bang explained.

The startup looks to challenge e-commerce players like Shopify in Southeast Asia. “I believe we have enormous potential because there is still much room for growth and huge gaps [in the D2C business] that big e-commerce behemoths like Shopify couldn’t address yet [in Southeast Asia]. For example, we can offer customized services, particularly for small merchants like MSMEs in the region, and empower them to sell online,” Bang said.

“We believe the timing is perfect for the birth of Plugo as the e-commerce landscape is experiencing turbulence that will nurture positive disruption, benefiting both aspirational sellers and consumers,” said Charles Rim, founding and general partner at Access Ventures, said in a statement.

Bang previously exited two startups: Indonesian e-commerce enabler TokoTalk operator CodeBrick which Singapore’s e-commerce Sea bought in 2021 per Pitchbook, and Korean PC online game J2MSoft (J2M), which Electronic Arts acquired in 2008. (According to a report by Tech in Aisa, Sea has shut down the TokoTalk service since October in an effort to reduce costs amid broader economic uncertainty.)

“Plugo’s mission aligns with our own mission of creating significant economic value while contributing positively to society,” Moon-Suk Oh, partner at Altos Ventures, said in a statement. “Plug offers an unmatched suite of digital capabilities that will transform the future of e-commerce in Indonesia.”