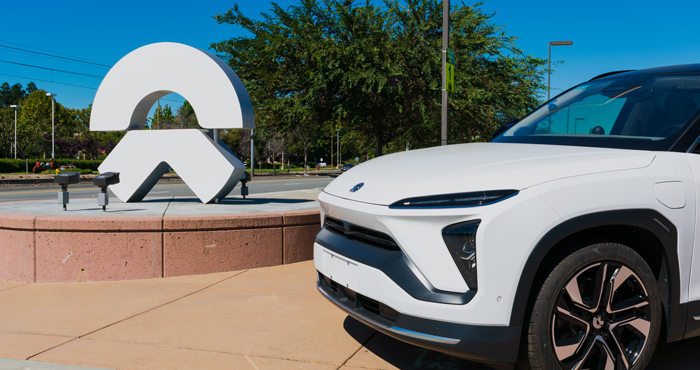 Shares of Chinese electric vehicle maker Nio (NYSE:NIO) have been on a steady decline since late last year due to a confluence of factors, some of which are unrelated to the company. For starters, the macroeconomic picture has been unfavorable to high-growth plays, including NIO stock. Furthermore, investors have been leery of Chinese companies, as the Securities and Exchange Commission threatens to delist those that do not disclose proper financial audits.

Even without these issues weighing on NIO stock, investing in the EV sector can be perilous at times. But with great risk comes great reward.

The long-term prospects of the EV market look bright. With NIO stock trading at a discount, down 48% in the past four and a half months, shares could be worth a look.

Q4 revenue of $1.55 billion was slightly ahead of estimates for $1.5 billion in sales. However, the net loss was wider than expected at 16 cents per share versus an estimated 14-cent per-share loss. Taking out the effects of share-based compensation, Nio reported a loss from operations of $321.4 million, a 135% year-over-year increase.

Near-Term Growth May be Constrained by Supply Chain Issues

Despite the overall positive guidance, NIO stock is down around 4% since reporting earnings one week ago. But that’s just part of the game investors play with these types of growth stocks. They are beholden to Wall Street expectations.

The long-term outlook for NIO stock, however, remains positive in my view. Analysts expect sales growth of 69% this year and 59% next year.

Those estimates would likely be much higher were it not for the global semiconductor shortage and other supply chain issues. In other words, the weaker-than-expected delivery guidance is likely due to issues that are out of the company’s hands.

Sales should accelerate once these bottlenecks are cleared. If this happens sooner rather than later, there could be an earnings surprise in store that leads to a strong upside move in NIO stock.

The Bottom Line on NIO Stock

Nio is a major player in the EV industry that is currently trading at a discount with excellent long-term potential.

Expect trading in NIO stock to remain volatile in the short term as uncertainty in global supply chains persists. While demand appears strong, Nio can only sell more cars if it can make more cars. Once it can, I expect a big ramp-up in sales, as well as Nio’s share price.