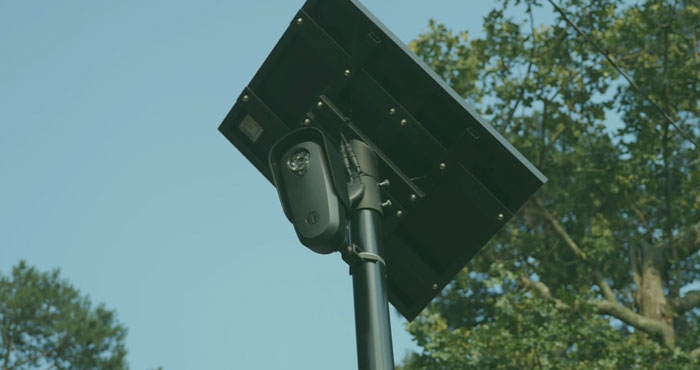 The Indianapolis Metropolitan Police Department deployed several new high-tech gadgets that will make it easier for officers to respond to criminal incident.

The department announced it will be testing gunshot detection systems from three different companies: Flock, ShotSpotter and J and M security.

Officers will be trained on that technology in the coming months.

“This technology serves as a lead, which means when an alert of a possible gunshot happens, officers will get the location and respond,” said IMPD Commander Matthew Thomas.

Over the next few weeks, these devices will be put on light poles and buildings. Companies that want to install one of these cameras on their facilities can contact IMPD.

IMPD is also getting 6 mobile camera trackers that do not need a hardwire or landline to operate. They will be used in what police call “entertainment” zones.

“That’s just a term we use for an area that has a lot of entertainment at night and high density population,” said Thomas.

“The recent increase was 25 through the National Policing Institute. Those were provided as now cost to IMPD, so those have been recently installed all on the Southwest District,” said Thomas.

The rest of the technology is being paid for with $9 million in American Rescue Act funds announced last fall, and approved by the city-county council.