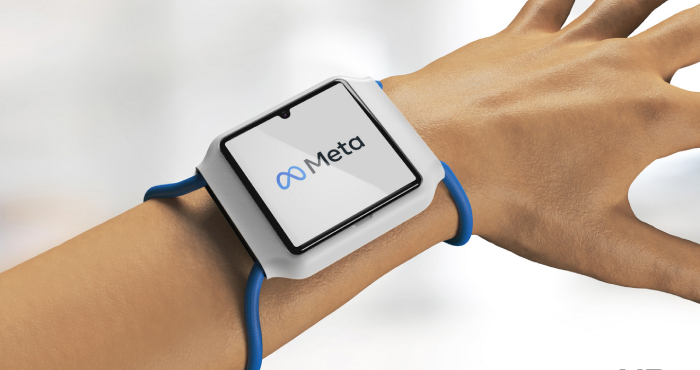 Reports over the last couple of years have suggested that not only was Meta working on a smartwatch, but it was also developing one with two cameras. However, that project is on hold, according to Bloomberg, as Meta is focusing on other wearables instead.

The long-rumored smartwatch was pegged as a possible Apple Watch competitor and the report suggests it was expected to go on sale next spring for around $349. A prototype was said to have features including activity tracking, a calendar, a photo gallery, and heart rate monitoring. It’s believed to have had an 18-hour battery life.

Apps included Spotify, as well as ones for Meta’s own WhatsApp and Instagram Stories. The prototype reportedly did not have a native app store. Instead, the idea was that you’d manage the device using your Facebook account. Naturally, you would have been able to post to Facebook and Instagram from the watch.

The device reportedly had WiFi, GPS, and eSIM support and a removable watch face with two side buttons, one of which was a circular control (it’s unclear if this was an Apple Watch crown-style dial). It was said to feature a five-megapixel camera on the watch face and a 12-megapixel one on the rear. The latter was designed to be usable after the watch face was removed.

That second camera appears to have caused issues during development – its positioning reportedly interfered with sensors that turned feedback from the wearer’s nerves into digital signals. The company has mulled the idea of using smartwatches as input devices for its take on the metaverse, with users being able to control avatars or engage with VR spaces through gestures.

Along with technical complications, it seems that broader issues at Meta played a role in the device being put on hold. A report last month suggested the company has killed off some Meta Reality Labs projects as it looks to rein in spending. Meta has shaken up its leadership team in recent weeks as well.

Still, the work of the engineers who were on the dual-camera watch project may not be in vain. Meta may use some of the features in other wearables. There’s a possibility of the project being revived at a later date too.

Meanwhile, Meta is also said to have scaled back on its ambitions for augmented reality glasses. According to The Information, the company is no longer expected to release its first-generation augmented reality glasses in 2024. That device is now said to be earmarked for use as a demo product. The report suggests Meta is instead focusing on the second-gen AR glasses, meaning it could be several years before the device hits the market.

In addition, the report suggests Meta will no longer make Portal devices for consumers. The company is said to be planning to turn Portal smart displays into a product line aimed at businesses.