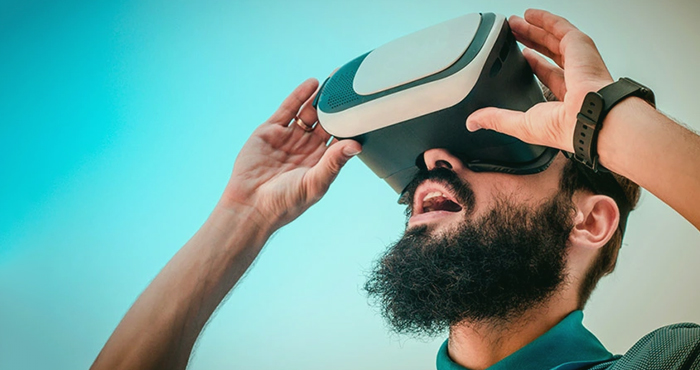 Meta is facing a growing backlash for the charges imposed on apps created for its virtual reality headsets, as developers complain about the commercial terms set around futuristic devices that the company hopes will help create a multibillion-dollar consumer market. Facebook’s parent has pledged to spend $10 billion a year over the next decade on the “metaverse,” a much-hyped concept denoting an immersive virtual world filled with avatars. The investment is spurred by a desire to own the next computing platform and avoid being trapped by rules set by Big Tech rivals, as it has been by Apple and Google with their respective mobile app stores. Apple is expected to enter the market by releasing a set of augmented reality glasses as early as this year, while Microsoft is developing services using its HoloLens virtual reality headset. But several developers told the Financial Times of their frustration that Meta, which is seen as having an early lead in a nascent market, has insisted on a charging model for its VR app store similar to what exists today on smartphones. This is despite Meta chief Mark Zuckerberg being strongly critical in the past of charging policies on existing mobile app stores.

“Don’t confuse marketing with reality—it’s good marketing to pick on Apple. But it doesn’t mean Meta won’t do the exact same thing,” said Seth Siegel, global head of AI and cyber security at Infosys Consulting. “There is no impetus for them to be better.” The “Quest Store” for Meta’s Quest 2, by far the most popular VR headset on the market, takes a 30 percent cut from digital purchases and charges 15-30 percent on subscriptions, similar to the fees charged by Apple and Android. “Undoubtedly there are services provided—they build amazing hardware and provide store services,” said Daniel Sproll, chief executive of Realities.io, an immersive realities start-up behind the VR game Puzzling Places. “But the problem is that it feels like everybody agreed on this 30 percent and that’s what we’re stuck with. It doesn’t feel like there’s any competition. The Chinese companies coming out with headsets are the same. Why would they change it?” Meta defended its policies, pointing out that unlike iPhone owners, Quest users can install apps outside its official store through SideQuest, a third-party app store, or make use of App Lab, its less restricted, more experimental app store.

“We want to foster choice and competition in the VR ecosystem,” Meta said. “And it’s working—our efforts have produced a material financial return for developers: as we announced earlier this year, over $1 billion has been spent on games and apps in the Meta Quest Store.” Developers welcome these alternatives but say their impact is limited. SideQuest has been downloaded just 396,000 times, versus 19 million for the Oculus app, according to Sensor Tower. App Lab, meanwhile, still takes a 30 percent cut of purchases. Zuckerberg has previously complained of Apple’s “monopoly rents” and called out its “unique stranglehold as a gatekeeper on what gets on phones,” in reference to the App Store’s approval and curation processes. That led Apple to accuse Meta of “hypocrisy” when the Oculus headset maker announced in April that Horizon Worlds, its “social VR experience,” would charge a 17.5 percent “platform fee” on top of its 30 percent tax on digital purchases.

Apple added: “It goes to show that while they seek to use Apple’s platform for free, they happily take from the creators and small businesses that use their own.” Until Apple and others enter the VR market in a more concerted manner, developers also say Meta has the ability to play kingmaker with apps by fast-tracking some and delaying others. Some titles are relegated to its experimental App Lab store, while a few of the best titles—the fitness games BeatSaber and Supernatural, for instance—have been acquired by Meta. Another point of friction with developers is Meta’s shift on how “open” its VR app store will be. Chris Pruett, Meta’s content ecosystem director, has said the VR team engaged in “a knockdown, drag-out debate, for years” over whether the app store should allow developers to upload their content with relatively few restrictions, or whether apps should be “curated” by the company with far more checks—similar to Apple’s approach to its mobile app store.

Pruett said Meta found that lax standards resulted in too many users being frustrated by low-quality content, so the company has opted to play more of a gatekeeper role. But developers said the resulting barriers could lack transparency. “Getting something on the Quest store is painful,” said Lyron Bentovim, chief executive of the Glimpse Group, an immersive experiences group. “It’s significantly worse than getting on Apple or Android stores.” Rooom, a Metaverse platform for 3D events, made it to the Quest store after nine months of back and forth, whereas the same process with Apple took less than two weeks, said chief information officer Sebastian Gottschlich. Devon Copley, chief executive of Avatour, a virtual meeting company, said he had posted questions to the indie developer message board for support that “just go completely unanswered.” Developer relations at Meta was “completely AWOL,” Copley said. “It’s really frustrating because the hardware development is amazing, the hardware platform is fantastic, and they’re doing great things. But their developer engagement is a travesty.”