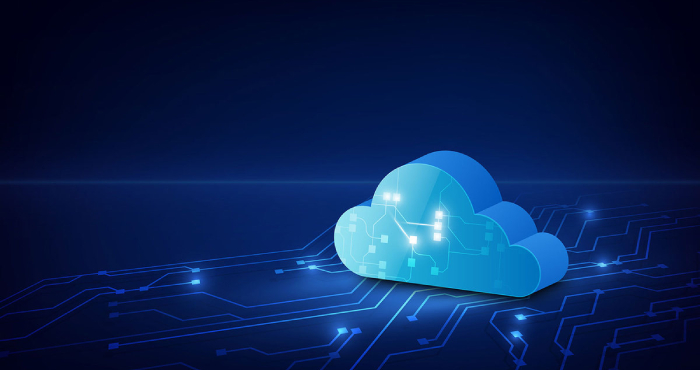 Which trends have dominated the business technology landscape over the past decade? One stands out above all: the rising adoption of cloud computing. As the global wave of cloud migrations has gathered pace and scale, the early cloud adopters and fast followers have reaped the benefits of speed, agility, scalability, and cost predictability that the cloud offers-leaving the laggards struggling to keep pace.

But today, as the cloud wave reaches and then passes its peak, we’re seeing an even bigger one building behind it: the forthcoming edge computing wave. In simple terms, edge computing is a networking concept founded on bringing processing power as close as possible to the sources of data, enabling decisions and actions to be managed locally rather than in the cloud. And I believe it’s going to be a game-changer.

To what degree? The technology research organizations are all predicting the edge market to grow at double digits through 2025, with IDC forecasting that it will reach $274 billion for the total market, including consulting services. Meanwhile, Gartner predicts that 75% of enterprise data will be created and processed outside of a traditional data center or cloud environment by 2025. Reflecting on this and what I’m seeing across the EY consulting business, we could be entering a new era in which overall client revenues generated by the edge wave will be much greater than those generated from cloud migration.

Everything Old Is New Again…

Why will the edge wave be so big? In terms of the fundamental concept, cloud computing is not that different from the timeshare of mainframes in the 1970s; it’s just that today the mainframes have been replaced by cloud server farms.

Back in the mainframe days, the edge was where industrial computing started. The early computing devices weren’t linked together to share data but were mainly standalone, perhaps monitoring activity on a manufacturing line. And they were usually pretty primitive, consisting of sensors and actuators that simply grabbed data and passed it up the chain for processing elsewhere.

…As We Advance To The “Intelligent Edge”

A lot of those basic devices are still out there in manufacturing environments worldwide, now uploading data not to a mainframe but to the cloud. However, having such devices at the edge is no longer enough. In today’s increasingly fast-moving and unpredictable world, you need an intelligent edge. And it’s this demand for intelligence that will drive the huge edge wave that’s now in prospect.

So, what does the intelligent edge consist of? It’s made up of a new generation of devices that embed technologies like computer vision, artificial intelligence (AI), predictive analytics, and robotic process automation (RPA) and use these to not only process data locally but also make decisions and act on them by effecting changes on the spot. And all of this is done at a speed and level of responsiveness that would simply be unachievable through remote cloud processing and all while retaining the ability to feed a subset of the data up to the cloud for centralized analysis and reporting.

As the drive to embed intelligence at the edge grows, it’s being further accelerated by the rising need for speed and sophistication across all enterprise operations in the pursuit of higher efficiency and productivity. But at the same time, some newer priorities are increasingly at play-namely, sustainability, privacy, and security.

The sustainability angle speaks for itself: Local data analysis and decision-making that avoid constant massive transfers of data up to the cloud and back are more energy efficient. And as for privacy and security, I noted in a previous blog post that a complex ecosystem of connected edge devices offers a host of potential entry points for bad actors. So it’s vital to ensure that they’re protected effectively from attack.

Why Platform Thinking At The Edge Is Imperative

All of this explains why the intelligent edge is the next step. But the form it has taken to date has an inherent flaw, and it’s one that companies need to address if they’re to maximize the benefits and minimize the risks.

The problem lies in the disparate portfolio of edge devices that most organizations have built over recent years and are currently running. The result? A manufacturing company might have hundreds of different connected edge devices spread across scores of factories, all using different technologies to do different things.

Secondly, and just as importantly, it creates rising cybersecurity risks: Every new edge device on the network adds a node that can potentially be penetrated by cyber adversaries. And since information technology rather than operational technology has been the primary focus of cybersecurity investments to date, the effect is to increase the vulnerability of an area that’s already relatively highly exposed.

The good news? One solution can address both problems. By taking a platform approach to the intelligent edge, underpinned by a standardized portfolio of devices, organizations can gain the scale and control needed to execute network-wide changes with speed and consistency and also the integration and alignment required to secure the edge at the network rather than device level, mitigating the exposure to bad actors.

The Next Step: Think Architecture

Deciding to adopt a platform approach is just the precursor to an even bigger challenge. Because it’s at that point where decisions about architecture arise. Choices like, where does the data come from? Where’s it stored? What happens in the cloud? What happens at the edge? And what happens between the two?

Given the huge amounts of business-critical data involved, such questions matter. And the answers bring profound implications-not least around how the organization will advance business automation in the future. Stay tuned for a deep dive into these questions and more in my next article.