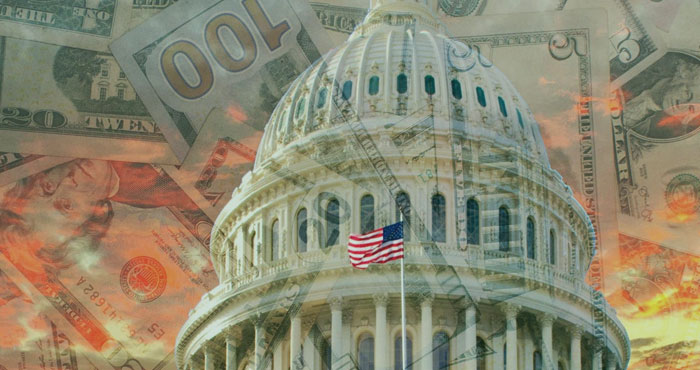 Even as the economy hits severe headwinds, prices tumble on Wall Street, and prices for gas, food and other essentials keep climbing, with inflation at a 40-year high, America is in the throes of the biggest business startup boom of a generation, according to the U.S. census. An incredible 5.4 million people applied for small business licenses last year—a jump of more than 50% from 2019 in an economy that is otherwise actually shrinking. In fact, despite a backdrop of so much gloom and doom, global investment in startups shattered records in 2021, hitting $643 billion—10 times what it was 10 years ago.

What economists know, but the news reporters generally ignore, the public might not realize–and Congress ignores–-is that digital goods and services typically reduce both actual and measured inflation.

That’s not to trivialize the rising costs of essentials, like milk and housing for those who are struggling at the margins of economic viability, but online services and products do typically cost less than their offline counterparts. That is a bright spot for beleaguered consumers. Digital media platforms make comparisons for competitive prices easy. And digital tools spur productivity, supply chain efficiencies and cost savings on the supply side which means lower prices for consumers.

Add to that the fact that in the last four years the internet added more than 17 million jobs to the U.S. markets. Not unremarkable is that the internet economy grew seven times faster than the total U.S. economy during the past four years.

On the enterprise side, inflation is not causing companies to slash their IT budgets either. As Microsoft CEO Satya Nadella put it on the most recent Microsoft earnings call, “If anything, some of these projects are the way they’re going to accelerate their transformation … to improve productivity because, in an inflationary environment, the only deflationary force is software.”

Given the deflationary effects of digital technology, you would think lawmakers would want to avoid any antigrowth policy that might hurt businesses and consumers.

As the midterms approach, lawmakers from both sides of the aisle are continuing to press a raft of antitrust bills that are preoccupied with the Big aspect of big tech, aiming at successful companies like Amazon, Apple, Google and Meta. Jerome Powell, Chair of the Federal Reserve of the United States, recently pointed out in testimony before the Senate Committee on Banking, Housing, and Urban Affairs, that, “At the aggregate level, the connection between concentration, for example, and inflation is not clear. Some of the most—some of the industries that had a lot of consolidation were the very ones that drove low inflation over the last 25 years, you know, retail and wholesale, consolidated a whole bunch and a bunch of technology went in and that’s where there was very high productivity and very low inflation [italics added].”

There’s ample evidence that current reform efforts could hamper innovation and exacerbate inflation in healthcare, groceries, consumer products and beyond.

Not the kind of news consumers wants now as they consider whose products to buy. By simply proposing to punish bigness, Congress also punishes the lower prices that go hand-in-hand with fierce and healthy competition.

A bad enough idea in the best of times, these proposed regulations, which have lately begun to appear on the floors of many states’ legislative bodies, of technology and media winners are toxic for marketers trying to move products in an inflationary market.

Luckily, there is a way forward for Congress that pursues a way to solve real problems, like protecting privacy, which addresses a fundamental issue but doesn’t conflate it with the kneejerk “Bad Big Tech” approach. A bipartisan group of lawmakers has formed to focus on consumer privacy, and not on trying to manage private companies. This new bill intends to keep teeth in privacy protections at a federal level and preempt one of the most egregious developments–fragmenting tech laws into 50 different states’ control. This kind of approach, which looks at addressing an admitted problem in tech, and privacy concerns, but doesn’t exacerbate inflation seems more sensible.

Meanwhile, Larry Summers, Former United States Secretary of the Treasury under President Barack Obama and a Harvard University professor, has been a wise, calm voice, mostly expressing his opposition to indiscriminate market intervention, on Twitter. Among his more prescient observations is that the latest “populist antitrust policy” could well cause a “more inflationary and less resilient” economy.