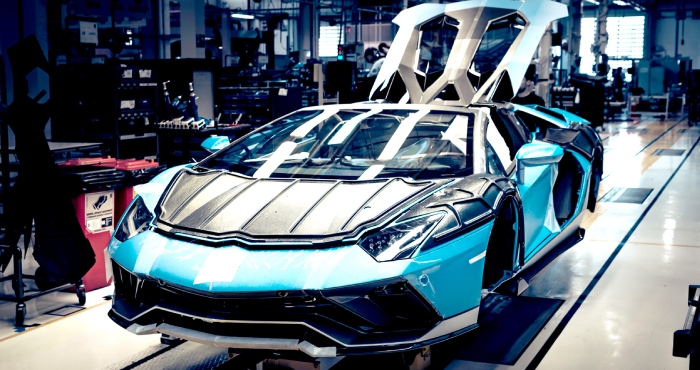 When the Felicity Ace cargo ship caught fire and sank this spring, it took over 4,000 cars to the bottom of the Atlantic Ocean with it, including 15 of the last Lamborghini Aventador Ultimate supercars that were built before the model was discontinued and the assembly line closed.

Rather than tell its customers they were out of luck, the company took the unusual step of restarting production to refill the orders with new cars.

“We put our heads together, and luckily, we are able to replace those cars, so there will be no loss for our customers in the U.S. due to the sunken ship. This is good news,” Winkelmann said during a roundtable discussion reported on by Automotive News. “And all the rest we are able to replace. The Aventador was tricky, but we made it.”

The final Aventador has now been built … again … bringing the grand total of Aventadors to 11,465 since it was launched in 2011.

The last car of the line was an LP 780-4 Aventador Ultimate Roadster.

The exact price paid for the car was not released, but the Aventador Ultimate Roadster starts at approximately $500,000, and this one has been painted a custom light blue requested by the buyer.

The all-wheel-drive two-seater is powered by a 769 hp V12 and is not just the last Aventador, but the last Lamborghini that will ever be built with a “pure” V12 powertrain.

All the new Lamborghinis on the way will feature hybrid power, including the Aventador’s successor expected in 2024, and a fully electric model is slated to be launched by the end of the decade and come in the form of a 2+2 GT coupe.

Lamborghini’s only hybrid models to date were the limited release Sian coupe and convertible and Countach revival, which featured combined a V12 engine and supercapacitor-powered electric motor to provide a combined 819 hp. Lamborghini built just 63 Sian coupes and 19 convertibles and 112 Counties that were all sold out for over $2.5 million each.