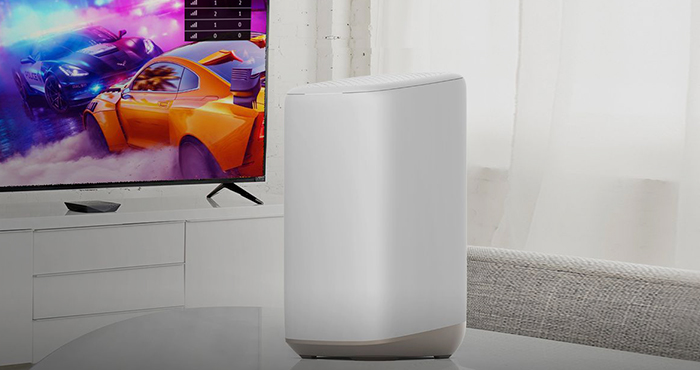 Comcast announced on Tuesday that it’s starting to send out the xFi Advanced Gateway, a Wi-Fi 6E router the company announced at CES 2022, to customers that subscribe to Xfinity Internet Gigabit and Ultrafast plans. Until this point, many routers that support the new, higher bandwidth Wi-Fi standard have been far too expensive for most budgets (think $500 to $1,500, though there are now some in the $300 price range) — but Comcast’s is $14 per month, the company’s standard fee for equipment rental.

The xFi Advanced Gateway also has some smart home tricks up its sleeve. It includes built-in support for Zigbee, and Comcast has also said it will support Matter, a smart home standard slated to come out later this year.

Comcast’s biggest pitch for the xFi Advanced Gateway is that it can handle traffic at faster-than-gigabit speeds (the company brands this as “Supersonic” Wi-Fi, which is a slightly silly name). Part of that is thanks to it supporting Wi-Fi 6E, which uses a third 6GHz band in addition to the traditional 2.4 and 5GHz bands. And while Wi-Fi 6 is no slouch, Comcast says that its new gateway is more powerful, which lets it process all that traffic in a reasonable amount of time.

Whether this router will provide any noticeable benefit depends on your internet speeds. If you’re on Comcast’s 200Mbps plan and never transfer files from devices inside your home over Wi-Fi, it probably won’t do a lot for you. However, people on slower plans likely wouldn’t be able to get the new Advanced Gateway anyway; it’s available through Comcast’s xFi Gateway rental program, which lets you add $14 a month to your internet bill to get a router.

With that rental plan, though, are two other models that Comcast can send you, depending on how fast your internet plan is. Those models don’t have Wi-Fi 6E or the smart home features of the new router, and you’ll still be paying $14 a month, so watch out — if you’re not on one of Comcast’s fastest plans, it’s probably a better deal to just buy your own router.

There are now also somewhat affordable options for people who want Wi-Fi 6E but don’t want their ISP’s router. The Eero Pro 6E is $300 and is specced to cover a 2,000-square-foot living space. While that’s a lot of cash for a router, it’s also less than you’d pay after two years of renting Comcast’s (though, obviously, there’s a much higher up-front cost).

For those that subscribe to Comcast’s $25 a month xFi Complete service (which includes a router, unlimited data, and some other perks), Comcast also has its recently announced tech upgrade program. That’ll let you get a new router every three years, so if you’ve had your current gateway for a while and want to get your hands on the new one, it may be worth reaching out to Comcast’s support to ask if you’re eligible to get the new one.