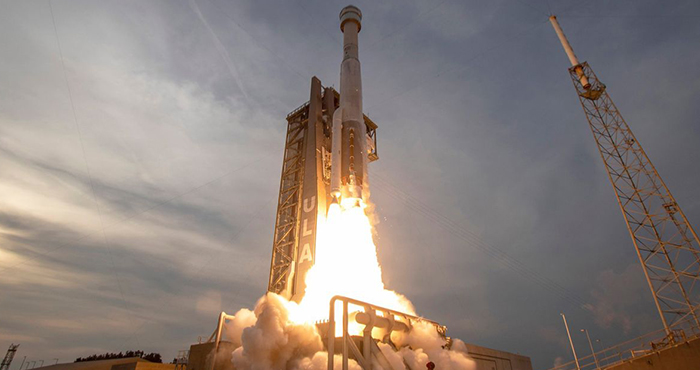 Nearly two and a half years after its first launch didn’t go to plan, Boeing’s new passenger spacecraft, the CST-100 Starliner, successfully launched to space this afternoon, reaching the right orbit it needed to achieve to rendezvous with the International Space Station tomorrow evening. The successful launch marks the beginning of a crucial test flight for Starliner that will play out over the next week in space, one that will help demonstrate if the capsule is capable of carrying humans to space one day.

Starliner is a private spacecraft that Boeing developed in partnership with NASA, primarily to help transport the agency’s astronauts to and from the International Space Station in low Earth orbit. The capsule is one of two vehicles, along with SpaceX’s Crew Dragon, that NASA helped to fund in order to transition space transportation from the government to commercial companies. But before NASA’s astronauts can ride Starliner, the space agency wants Boeing to demonstrate the capsule can perform all of the tasks of a normal spaceflight mission without a crew on board.it’s been a bumpy road to reach this point

That’s what today’s flight is designed to do, but it’s been a bumpy road to reach this point. In fact, this mission is a redo. Boeing attempted the same uncrewed Starliner flight back in December of 2019, but that mission — called OFT — suffered a series of software glitches. The capsule never made it to the International Space Station, and Boeing had to bring Starliner home early, failing to demonstrate its ability to dock with the ISS. Boeing agreed to redo the flight for NASA and got close to launching again last summer. But just hours before liftoff, Boeing halted the flight after discovering some propellant valves that weren’t working properly. The company had to bring Starliner back into the factory to address the issue.

Now, Starliner is finally in orbit where it’s supposed to be. But it still has a lot to prove ahead. Next, it will need to show it can automatically dock with the International Space Station, using its onboard sensors to guide itself onto an open docking port. Then it will need to undock and come home, safely landing back on Earth. So while Starliner has seen success today, the work has just begun.

Still, Boeing has shown that it has seemingly overcome the problems it experienced back in 2019. Perhaps the biggest nail-biter moment today occurred about 31 minutes after launch, when Starliner burned a suite of onboard thrusters to put itself into its final orbit. Starliner launches to space on top of an Atlas V rocket, operated by the United Launch Alliance, but its work isn’t done when it separates from the booster. Four thrusters on Starliner must burn for less than a minute to get the capsule in the correct orbit. During the 2019 flight, a software glitch made Starliner think it was the wrong time of day, causing the capsule to incorrectly fire these thrusters for too long. As a result, Starliner expended too much propellant and didn’t get into the right orbit it needed to reach the ISS.

But today, the thruster firing seemed to go just fine, and Starliner is in its intended orbit. Additionally, Boeing did not seem to have any trouble with its propellant valves, which caused the company to scrub its last launch back in June of 2021. Before this flight, Boeing replaced the valves and added a sealant to prevent moisture from entering them and causing problems.

Now, Starliner will spend roughly the next day in space, raising its orbit gradually, before attempting to dock with the ISS at 7:10PM ET on Friday. Crew members on board the space station will monitor the capsule’s approach. If that’s successful, then they’ll open the hatch to Starliner on Saturday, retrieving some cargo that’s packed inside. Also riding inside Starliner is a mannequin called Rosie the Rocketeer, as well as sensors helping to collect data to determine how the flight will be for future passengers. After four to five days docked at the ISS, Starliner will undock and then return home, landing somewhere on Earth at one of five possible sites — including White Sands Missile Range in New Mexico.

And there’s likely still a long road ahead before that can happen. Last week, a NASA safety panel noted that the process of certifying the parachutes needed to land Starliner is lagging. Additionally, Boeing recently noted that it’s possible the company will redesign the valves that gave the company trouble last year. If that does happen, it could take longer for NASA to certify Starliner for carrying people. And the safety panel cautioned against rushing to do so.

“The panel is pleased that from all indications, there’s no sense of needing to rush to CFT,” Dave West, a member of NASA’s Aerospace Safety Advisory Panel, said during the meeting. “The view that was consistently expressed to us is that the program will proceed to CFT when, and only when, they’re ready.”

The panel also noted that the best way to prepare for CFT was for this current flight to go well. The next week will decide if that happens.