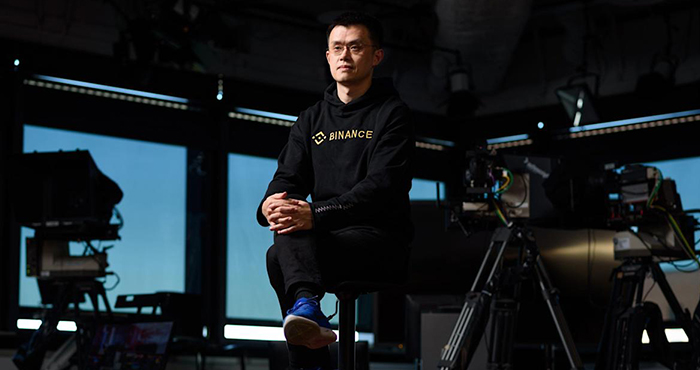 At least on paper, Binance founder Changpeng Zhao is among the world’s richest people.

The 44-year-old runs the largest crypto exchange, worth an estimated $300 billion, nearly six times the market cap of its nearest U.S.-based competitor, Coinbase. In just five years since starting Binance, Bloomberg says Zhao’s net worth has grown to $74 billion, nearly the same as Meta CEO Mark Zuckerberg. At No. 15 on the Bloomberg Billionaires Index, he’s worth more than Dell founder Michael Dell or each of Sam Walton’s three children, the heirs to the Walmart fortune.

But as Zhao told Fortune’s Vivienne Walt, he was far from wealthy growing up.

Zhao was raised in a rural village in China’s Jiangsu province after his father was banished from a bigger city for his “bourgeois leanings.” In his youth he experienced food rationing, he told Fortune.

“You get a ticket to buy meat,” he said. “We were not starving.”

Now, seemingly overnight, he is a billionaire—the leader of a cryptocurrency exchange that last year facilitated $34.1 trillion in transactions.

To Zhao, the switch from startup entrepreneur to crypto titan came all at once, he told Fortune.

“I went from being an entrepreneur to somebody telling me I have tens of billions,” he said.

Yet, just because he’s rich, doesn’t mean he has a taste for flashy clothes. Known for his signature style of mostly Binance-branded hoodies and t-shirts, he has been adjusting his image to make a good impression on regulators, which are increasingly scrutinizing his company. Still, after a night of advocating for his company to London regulators, he showed up to an interview with Fortune’s Walt, not donning luxury attire but rather a $300 suit and an Apple Watch.

For all his riches, Zhao recognizes that most of it exists only on paper. And based on Binance’s full-speed worldwide expansion, his wealth doesn’t seem to be top of mind.

“If they think I am worth that much, that is what they think,” he told Fortune. “It’s fictitious pricing.”

This story was originally featured on Fortune.com