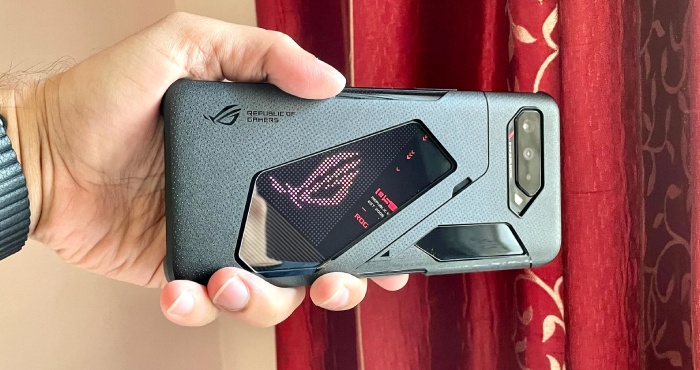 Asus announced two new devices in its gaming-focused Republic of Gamers phone lineup, the ROG Phone 6 and the ROG Phone 6 Pro. They’re gamer phones for gamers who like to game, and the upgraded displays look pretty impressive.

Both models run Qualcomm’s Snapdragon 8+ Gen 1 processor and come with up to 512GB of storage. They have 6.78-inch OLED screens, the same size as the previous ROG Phone 5S, but their 165Hz refresh rates and 720Hz touch-sampling rates are both substantial improvements over the last model. They have 6,000mAh batteries, the same as previous models, and an upgraded three-camera setup. The Phone 6 will start at €999 and the 6 Pro at €1,299 – they’re set to launch in the UK and Europe first, and Asus says they’ll come to the US, India, and elsewhere later.

The ROG Phone 6 comes in black and white, and the 6 Pro only in white. The biggest difference between the two models is the second OLED screen on the back of the 6 Pro, which is sort of cool looking but not generally very practical. You can also get a bit more RAM on the Pro model – the Phone 6 tops out at 16GB of memory, but the Pro will go up to 18GB. Suffice to say the regular Phone 6 model will probably be enough for most people.

Asus is clearly trying to build a phone you could also use as your everyday device; the company has been slowly refining the ROG Phone’s design over the last few models so it doesn’t scream “gamer phone!” quite so loudly. But this is very much still a gamer phone. Much of the phone’s design is about optimizing cooling, for instance, and the phrase “we developed a unique 360-degree CPU cooling technology” was definitely uttered during the product’s announcement stream. (The vapor chamber is 30% larger now!) Asus even updated the Aeroactive Cooler accessory, which is basically just a giant clip-on fan that doubles as a simple controller for playing games. The phone’s specs are as impressive as ever, particularly the display’s refresh and response rates. But as usual with the ROG Phones, the question is: to what end? You don’t need 18GB of RAM to play even the most complicated games on Android. Asus has a somewhat spotty history of timely software updates, too, and is only promising two years of Android and security updates for these devices. For the price, you can probably find a device to do most phone things better. And even as cloud gaming brings more high-powered games to your smartphone, you just don’t need as much on-device power to make them work well. The ROG Phone 6 is a cool device but still doesn’t seem like a very practical one.