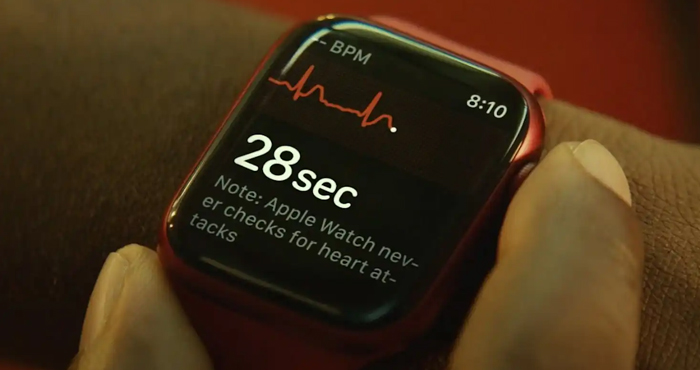 If Apple sticks to its usual calendar, we should get our first look at Apple Watch Series 8 in September. We’ll likely see watchOS 9 for the first time at WWDC in June as well. Both events are months away, but the Watch update rumors are ramping up.

Apple is expected to reveal up to three watch models this year, according to Bloomberg’s Mark Gurman. Along with the Series 8 and a revamped Watch SE, there may be a version with a rugged design. That one would be geared toward extreme athletes.

With watchOS 9, Apple may introduce an upgraded low-power mode. Beyond only letting users see the time in low-power mode, their watch could run some apps and other features.

Health has been a big focus for Apple Watch from the jump, and Series 8 could add a body temperature sensor to the mix. At the outset, it seems the plan is to help users with fertility planning. It may later be used to tell wearers if their body temperature is running high, though you may not see a numerical measurement.

In addition, Apple is expected to build on atrial fibrillation (AFib) monitoring with a new “burden” feature for watchOS0 that detects how often a person is in a state of AFib over some time. On top of that, more workout types and running metrics could be available in the Workout app.

As for health features, users shouldn’t expect to see in Apple Watch Series 8, the long-mooted blood pressure monitor isn’t likely to arrive this year. Gurman says Apple has run into some issues with the tech, which is expected to look for signs of hypertension, and it likely won’t be ready for another couple of years. Another long-rumored feature that probably won’t be in Series 8 devices is noninvasive blood sugar monitoring. That’s not expected for several more years, according to Gurman.

The report also touches on some iPhone features that may arrive in the medium term. The Health app could have improved sleep detection along with a feature that allows users to scan medication bottles and reminds them when to take pills. The latest smartphone lineup could have satellite connectivity too, which could enable users to text emergency personnel and report incidents via satellite networks. Apple’s said to be working on similar features for future generations of the Apple Watch.