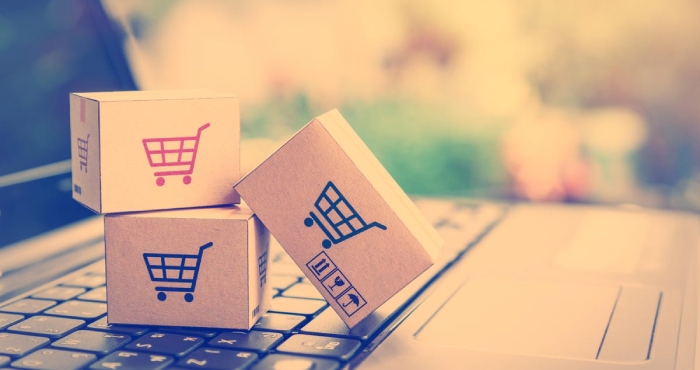 With the ambition to serve as the preferred postal and logistics provider, PostNL is working to build better connections with its customers. Through its website, e-commerce channels, and app, the company aims to offer consumers and business users a unified, personalized experience. Along its journey, Anderson MacGyver is supporting PostNL with its organizational and technological choices.

PostNL is considered a textbook example of an organization that has been making the right technology choices for over 10 years, following its early-mover strategy to embrace cloud computing a decade ago. Even with regard to new activities around digital commerce, PostNL is building on the foundation of standardization, combined with the more recent choice of a service layer architecture.

As its trusted in-house consultant, Anderson MacGyver was part of the foundation of PostNL’s technology direction, but also supported the ideation of digital developments within the commercial domain.

Together with Jeroen Manten, Head of Customer IT at PostNL, and Anderson MacGyver consultants David Jongste and Joost Doesburg; we look back at the choices made – and ahead to the future.

Manten: “Somewhere around 2020, the term Digital Experience Platform (DXP) was introduced by Gartner. Exactly at that time, we were looking within the commercial domain for an umbrella under which to hang several capabilities. About a year and a half ago, as our trusted partner, we asked Anderson MacGyver how we could apply such a DXP based on our history and within our specific context and culture.”

Several initiatives were ongoing within PostNL in the area of commercial IT. This partly fell under the newly established Digital business unit, which focuses on all visible customer interaction via APIs, the web, and the app. Beneath that lay the Customer IT domain – a domain where there had been a lot going on over the years.

“In 2013, we had as many as 750 applications running,” Manten says. “Many of these we have largely phased out, harmonized, rationalized, or integrated within the Salesforce platform over the course of four to six years. Once we realized that base, we were faced with the challenge of contributing to the new strategic agenda: the digital transformation of PostNL.”

Jongste: “The strength is that with a Digital Experience Platform, you had a framework with which you could develop different capabilities and all the technology choices that go with them. Hence, you could determine in a structured way what you could get out of the market and in which areas you would want or need to develop specific things.”

Manten agrees: “Until recently, we used the principle of ‘best of suite’ within commercial IT. Everything that could be done within Salesforce we did within this platform. That was strongly related to the phase we were in as PostNL, but did not always bring us what we were looking for. The question in 2021 was: what do we really need to support the intended digitalization?”

To take those steps, the harmonization and rationalization of the commercial processes on Salesforce was a great first move, according to Jongste. “The ‘1 PostNL’-strategy of several years ago is the foundation for further digitization of customer and market interaction. That is a strong foundation for the current ambition to be the delivery provider of choice for both sender and recipient.”

Doesburg adds: “It’s about making the entire customer journey digital across all channels, wherever that adds value. In doing so, you thought carefully about the level at which you set up the services, whether agnostic to the platform underneath or not. That was the idea, but to what extent did that work out?”

“Digitalization applies to our own channels,” Manten says. “But also to those of our customers and any third parties. We want to be wherever the customer is. For that, we need a modular, composable architecture. Within our domain, we use a three-layer API architecture for this purpose: core APIs, processes apr’s, and (customer) experience APIs.”

The question was what PostNL Customer IT could source from parties in the market for this purpose and what should be developed in-house. “Everything from the ambition to be ‘the preferred delivery provider for senders and recipients’. So the question or need from the business is always leading.”

In addition to the ‘1 PostNL’-platform strategy around the operational core, the MACH concept within the DXP vision played a conditional role in the shift of focus toward the customer. MACH concerns the combination of microservices, API-first, cloud-native, and “headless” front-end user experiences across multiple channels, decoupled from back-end systems.

“To what extent do you realize the intended acceleration with this?” asks Jongste. Manten: “We are busy working on capabilities such as personalization. Integration is also at play. We can now move toward ‘best of breed,’ where integration is done based on APIs. Thanks to the MACH foundation, we can now integrate a Customer Data Platform (CDP) as part of the DXP into the value chain within two months.”

“You can then enrich the core customer data in Salesforce with data unlocked from other sources,” Doesburg adds. “With that, you can build profiles and segments of customers so that you can provide consumers and business users with specific information via the CDP. Has this already been realized, or does it still need to be implemented?”

Manten: “We are starting that now. Within the consumer domain, we already have a similar concept with the CCB (In Dutch: Centraal Consumentenbeeld). A recent marketing campaign consisted of a video that featured eight personalized textual elements generated by the CCB. In addition, data from the platform is used for business ruling and machine learning around customer interaction.”

“The advisory process ensures that we deploy scarce resources on the right capabilities.”

“Apart from the right choices regarding the organization and IT, the consulting process with Anderson MacGyver ensures that we deploy scarce resources on the right capabilities,” Manten says. “We can visualize the focus for the next 1,5 to 2 years, including the target architecture. Besides Salesforce, we deploy point solutions, which fit PostNL’s position, ambition, and development phase.”

A consideration in the decision was, for example, that existing DXP functionality within Salesforce places a much heavier demand on technical skills than a specific application that fits within the best-of-breed vision, where it is mainly about the right business rules and questions from the marketers – who are increasingly developing as data analysts. “This allows you as IT to slowly step back. That’s quite a mind shift.”

“It’s nice to see PostNL supporting business initiatives with the right IT, rather than the other way around,” Doesburg says. Jongste adds: “When you know what points you want to excel in as an organization, that justifies specialized IT solutions for those specific points. Some capabilities around DXP are critical to PostNL’s competitive ability in the marketplace, and that’s why an addition to the standard Salesforce platform is legitimized.”

This selection process, according to Doesburg, resembles multimodal analysis, a core concept of Anderson MacGyver that connects business activities with the right technology and organizational choices based on specific characteristics. “Returning briefly to the development phase: where are you now and what will be the next step?”

Manten: “By Dutch standards, we are possibly ahead of any other organization of our size. Internationally and looking at what is possible, we are still at the beginning. The main question is how we will implement this with the business. The DXP vision has now been included in the strategic plan of both CDO and CIO.”

The next year is dominated by the implementation of CDP capability. The next deepening lies in the area of search and context – both at the concept level and in terms of concrete implementations. “Moreover, we are reshaping the customer IT organization slightly: three people in addition to me, all in a product owner role, are each responsible for a logical cluster of three of the total of nine DXP capabilities within PostNL.”

Jongste: “This trajectory shows how important it is to have a strategic vision as an organization. Starting with rationalization and harmonization as part of ‘1 PostNL’, MACH as a pivot to building digital capabilities in the customer domain.”

Doesburg: “The platform strategy deployed at the time did not foresee a Digital Experience Platform, but it does ensure that you can now develop in this direction.”

“Digital commerce is like an iceberg,” concludes Manten. “For the customer, at most 20 percent is visible – via the web, the app, or a plug-in. That is the domain of our Digital business unit. But that 80 percent in the traditional processes underwater has to be in order to be able to realize visible things for the customer.”