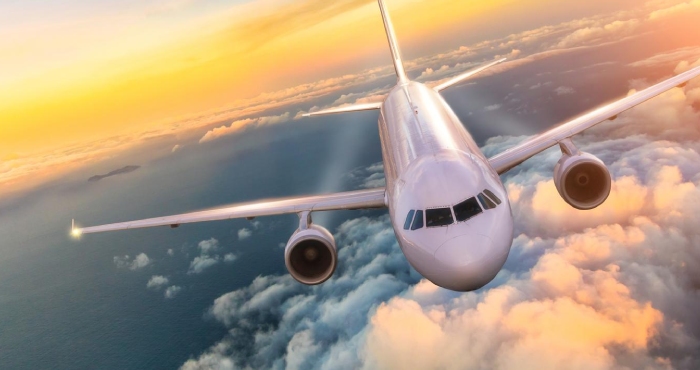 The CPC has grown into one of the largest parties in the world in the process of leading the Chinese people to seek liberation and happiness, making China as strong and prosperous as it is today.

As the CPC ushers the nation into a new era of development, the past decade has witnessed great achievements in national strength and prosperity, with people’s confidence and recognition of this path rising to unprecedentedly high levels.

With more than 95 million members, the CPC will convene its 20th National Congress in the second half of the year, which is expected to guide the country’s development and policymaking. Ahead of the meeting, the Global Times is publishing a series of stories to help the world understand the CPC in the new era, through the stories of CPC members working on the frontlines of various fields, as well as through observations by respected scholars.

In this story, a frontier aerospace scientist elaborates on her understanding of the CPC’s inspiring thoughts on scientific and technological innovation.

Can you imagine developing new materials and devices for use in a spacecraft with a liquid 100,000 times smaller than a drop of water? This was the research focus of Chinese post-1980 female scientist Xu Nuo in the aerospace sector. Such a tiny, microscopic material that is hard to capture with naked eyes records how this young member of the Communist Party of China (CPC) integrated her scientific pursuits into the great cause of building a modern socialist China.

This innovative frontier technology equips China’s micro-nano satellites with advanced and efficient power systems to build satellite networks. Xu’s team developed a palm-sized micro-electric thruster that had far better performance than traditional models. The thruster is a key piece of equipment that ensures that the spacecraft can successfully complete its operations.

In the recent past, the ion-liquid micro-electric thruster developed by Xu’s team was launched into orbit with test satellites, realizing technological breakthroughs around the world.

Behind these achievements is the CPC’s practice-oriented concept of scientific and technological innovation that continues to inspire Xu.

“Over the past century, the Party led the cause of science and technology from a dismal start, and the Chinese people, with their wisdom, worked out a road of self-reliance and self-improvement in science and technology, which has become a global leader in various important fields. This is the pride of every Chinese person, every member of the CPC,” Xu told the Global Times.

“We can properly handle the rapidly changing global situation largely because of our technological prowess and confidence,” Xu said. She suggested that as a Party member in the aerospace field, she could especially appreciate the confidence brought by scientific and technological breakthroughs, as she has personally experienced and witnessed the growth of China’s space industry.

From the Tiangong Space Station, the BeiDou Navigation Satellite System, the Change lunar probe, to the Tianhe space station core module, the Tianwen Mars probe, and the sun-observation satellite Xihe, for the past nine years, China’s aerospace team has continued to make history.

What’s behind those glories is the CPC’s pursuit of truth, advocacy for science, hard work, self-reliance and self-improvement, and a determination to break through numerous scientific and technological obstacles, Xu added.

In the aerospace sector, China has seen major innovations emerge in large numbers and the country is now leading or is among the leaders in the world on certain frontiers.

As a senior China Aerospace Science and Industry Corporation expert, Xu has been engaged in the frontier and basic technology research of intelligent micro-electromechanical field for a long time, and has led more than 10 young PhD students in making breakthroughs in core technologies. In March, she won the 2021 honorary title of the Bearer of the Red Flag on March 8.

The microsystem technology Xu is committed to developing is a typical frontier scientific research field in the world. Can microsystems make stealth technology a reality and spacecraft power systems in deep space more efficient and accurate? These innovations and applications initially fascinated her.

“It is fair to say that whoever masters the most advanced space power solutions can be more competitive in the commercial space sector,” Xu was quoted as saying by the Chinese newspaper China Youth Daily.

In order to find hidden problems in the course of the research, Xu’s team repeatedly carried out round-the-clock tests. They spent a lot of time sleeping in the laboratories in order to track and analyze test results. She successfully applied these new materials and devices to space propulsion, and further in medical diagnostics, environmental detection, and other fields.

Noting that China boasts a great number of scientific professionals and hefty R&D spending, Chinese President Xi Jinping stressed improving the ecosystem for sci-tech innovation and the building of platforms for scientists and scientific professionals to apply their talent excellently, so as to make sci-tech innovations mushroom into a steady flow, at a symposium attended by scientists in September 2020, the Xinhua News Agency reported.

Xi said scientific and technological development must target global science frontiers, serve the main economic needs, and strive to fulfill the significant needs of the country and benefit people’s lives and health.

In the past decade, as self-reliance and self-improvement in science and technology have gradually become the strategic support for the country’s development, front-line researchers have shifted from single-disciplinary technological innovation logic to a multi-disciplinary mindset, and the management system has shifted from a complex mechanism to a more open, healthier, and innovation-oriented one, Xu said while underlining the changes.

In the past decade, China has witnessed great scientific and technological progress and the fastest improvement of its strength. A large number of core technologies have made breakthroughs, making great strides toward the grand goal of China becoming a global leading power in science and technology, Xu said.

Contemporary young people have to ignite their enthusiasm to strive for and advance China’s space industry in the new era to carry on the torch of scientific and technological innovation, she said.