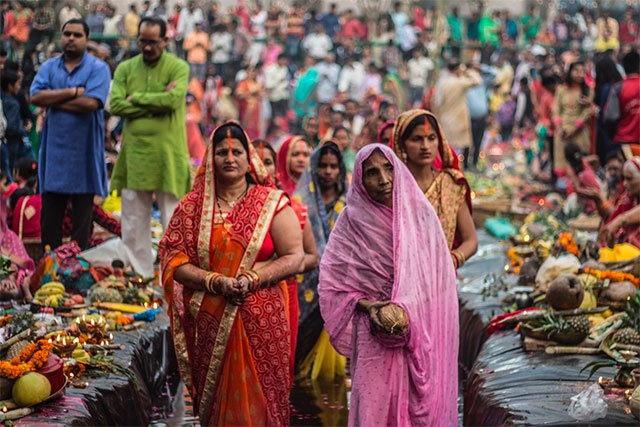 “I distrust those people who know so well what God wants them to do, because I notice it always coincides with their own desires.”

Unless anyone has done a deep study of religions and theology, they will end up spending their entire lives thinking that God and religion are synonymous. What our religions tell us to do, even if it is something as banal as showering after an eclipse, we do, assuming without question that it is the Word of God.

But as Martyn Percy was quoted by Dan Brown in The Da Vinci Code, “The Bible did not arrive by fax from heaven.” And the same can be said for other religious texts like the Bhagvad Gita or the Quran.

Religion(s) was meant to be a guideline for man, by man, to follow when living his life. Never a compulsion. However, to ensure that he did what was prescribed in the religion unequivocally, there had to be a strong motivation. And is there ever a greater motivation than fear? If there was an all-powerful being whose retribution could be feared in case of non-compliance of religious rules, and whose favour was assured in case of ‘religious’ adherence, then everyone would do as they were told, no questions asked.

It has worked, hasn’t it? Look at us now, giving up healthy skepticism to believe that it is God’s will to do things. We kill in his name, we divide in his name, we even discriminate in his name. The laughable irony here is that ‘religion’ was actually supposed to bring us together. The world ‘religion’ is derived from the Latin verb ‘religare’, which means ‘to bind! Instead, it separates us, segregates us where it matters the most. And no sect is more segregated from the rest than women.

Pick up any of the most popular religions of the world (yes, it is a popularity contest), and you’ll see that there will always be separate rules for women to conduct themselves. Even in the most discriminated sections of the society, women will be further discriminated upon. You’d think, “Oh wow, special treatment!” And why not, anyone who denies the difference between men and women is an intentional fool. But when the discrimination extends to the prayer halls and worship of a deity, the special feeling stops right there.

It is pretty much as if women are in a long distance relationship with God. Pray, but from afar. Worship, but don’t enter the temple. Your lustrous mane is a distraction, so cover your head. Your body is a temptation so hide it. It doesn’t matter if male priests roam around bare-chested in temples of female deities. Women, no matter where they go and which deity they worship, must cover themselves up. It’s as if to postulate that prayer emanates from their appearances, their gender, their sex, as opposed to their soul.

How is this worship any different than a long-distance relationship where two entities are together but not together? In the same vein, if there are so many conditions apply in something as simple and pure as worship and prayer, then why even worship that deity in the first place?

Gender segregation in religion has been effected under several guises. Women are often considered to be seductresses, capricious beings who tempt you and lure you away from spirituality. In some religions, they are touched by sin, or even sin made flesh, and therefore, to have them so close to God is not acceptable. Others cite their monthly menstruation cycle as an impediment in their continuous worship of a deity, who might get impure if touched by a woman who is ‘dirty’. For the most part, it is the patriarchal notion of men leading the charge, as in the house, so in spirituality. Basically, it is once again a power tussle between the genders, where one wants to keep the other oppressed. And yet again, the fear of God is the ultimate motivator.

SEE ALSO: Decoding the ‘sacred games’ behind the menstruation taboo

Now you can understand why men wouldn’t want to relinquish power they’ve held for eons. But to think that God would even think twice about physical impurity or be affected by temptation is comical. Susan B. Anthony was right. These are the weaknesses of men packaged and labelled as God’s will to sell them to a female consumer base, who has no option but to lap it up.

But not all women do. For years, there have been rebels (or as we should rightly call them, skeptics) who have questioned religious scriptures and diktats to uproot gender segregation. It is a tediously slow process, not helped by the fact that we’re a regressive lot, now more than ever. But voices are being raised.

The Sabarimala temple verdict, which lifted the ban on the entry of women of menstruating ages into the temple of Lord Aiyyapa, was one such half-victory. Half because while the ban has been lifted, the fear and persecution hasn’t. It’s still under legal and moral debate. But inspired from this movement, another has sprung.

On April 15, 2019, the Supreme Court of India allowed a petition filed by a Muslim couple from Maharashtra to seek the right for women to pray in mosques. It is to be noted that Islam does not explicitly forbid women from entering mosques, but also does not particularly favour it. Especially, mosques under the Sunni denomination refuse female worshippers, or have separate entrances and enclosures for them to pray in.

The petition, filed under Article 32, deems this practice as illegal and unconstitutional for being violative of Articles 14, 15, 21, 25 and 29 of the Constitution.

“Prohibition on women is due to non-religious reasons and it’s a grim shadow of discrimination going on for centuries,” says the petition.

Indeed, it is high time that we strip religious customs of their false pious garb and reclothe them in progressive thoughts that treat women as equals. However, to do it for one religious sect and not the other is likely to do more good than harm, which makes the need for a Uniform Civil Code more dire than ever.

But before all that it calls for the need to keep an open, accepting mind, and segregating what actually needs to be separated—the idea of God and religious customs. The big guy plays no part in the follies of man.